The bone broth trend has really taken off lately. There’s a storefront in New York that deals exclusively in the stuff, and the Lakers have even started a bone broth regimen. But the fad actually has ancient roots. There’s evidence of bone broth cooking in the Stone Age, and the hearty elixir has long been a part of Asian culinary tradition.

I grew up with the stuff and now I make it for my boys on a weekly basis. It’s nutrient-rich and makes for a comforting drink on its own, or even an amazing stock. And now, it looks like bone broth may even create stronger bones and joints, boost your immune system, and make for shinier hair, all because of the collagen and calcium phosphate released during the long cooking process. While the broth does have to simmer over night, active cooking time is low, meaning it’s basically a breeze to make. 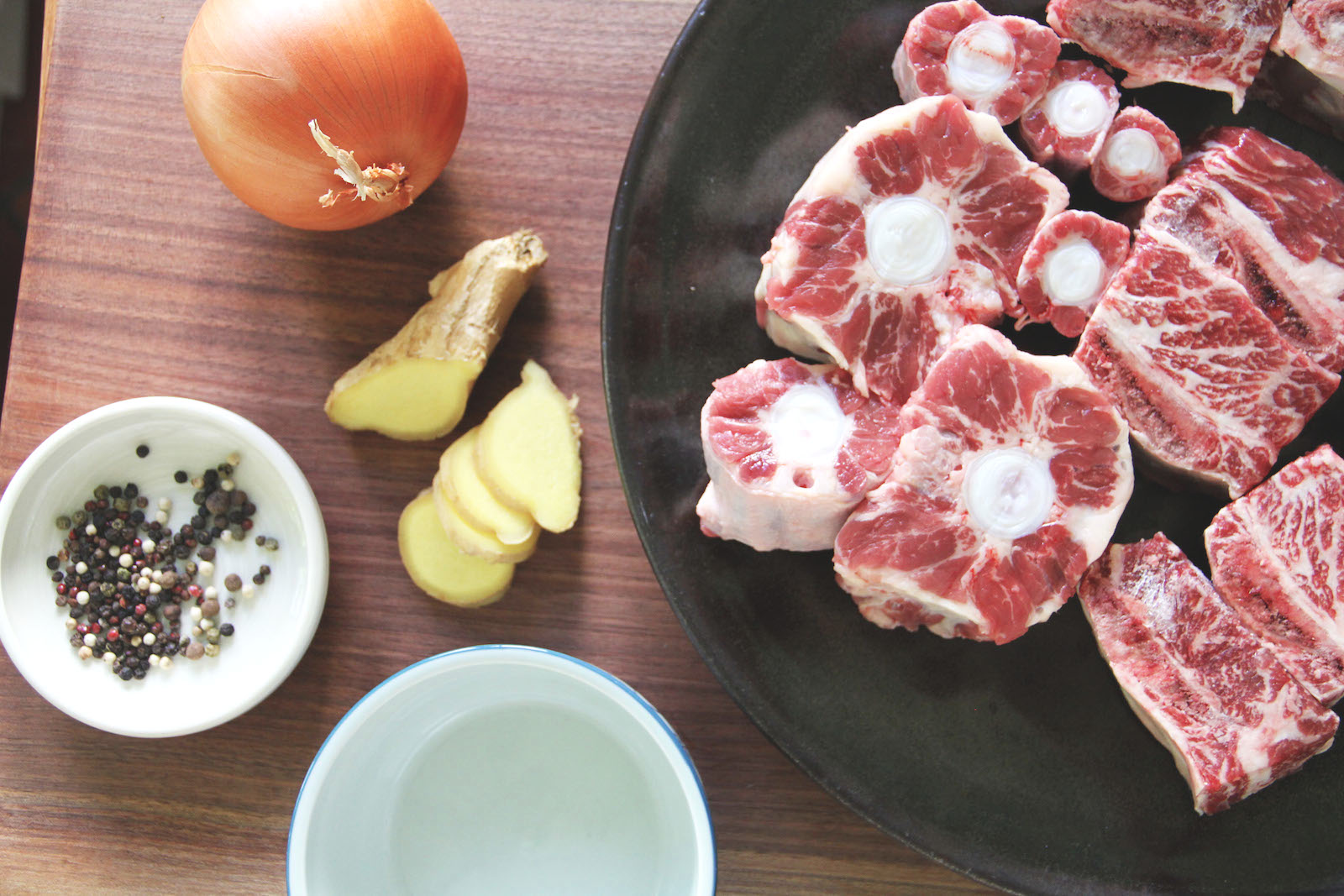 Soak the meat and bones in cold water for 20 min to release blood and then strain. 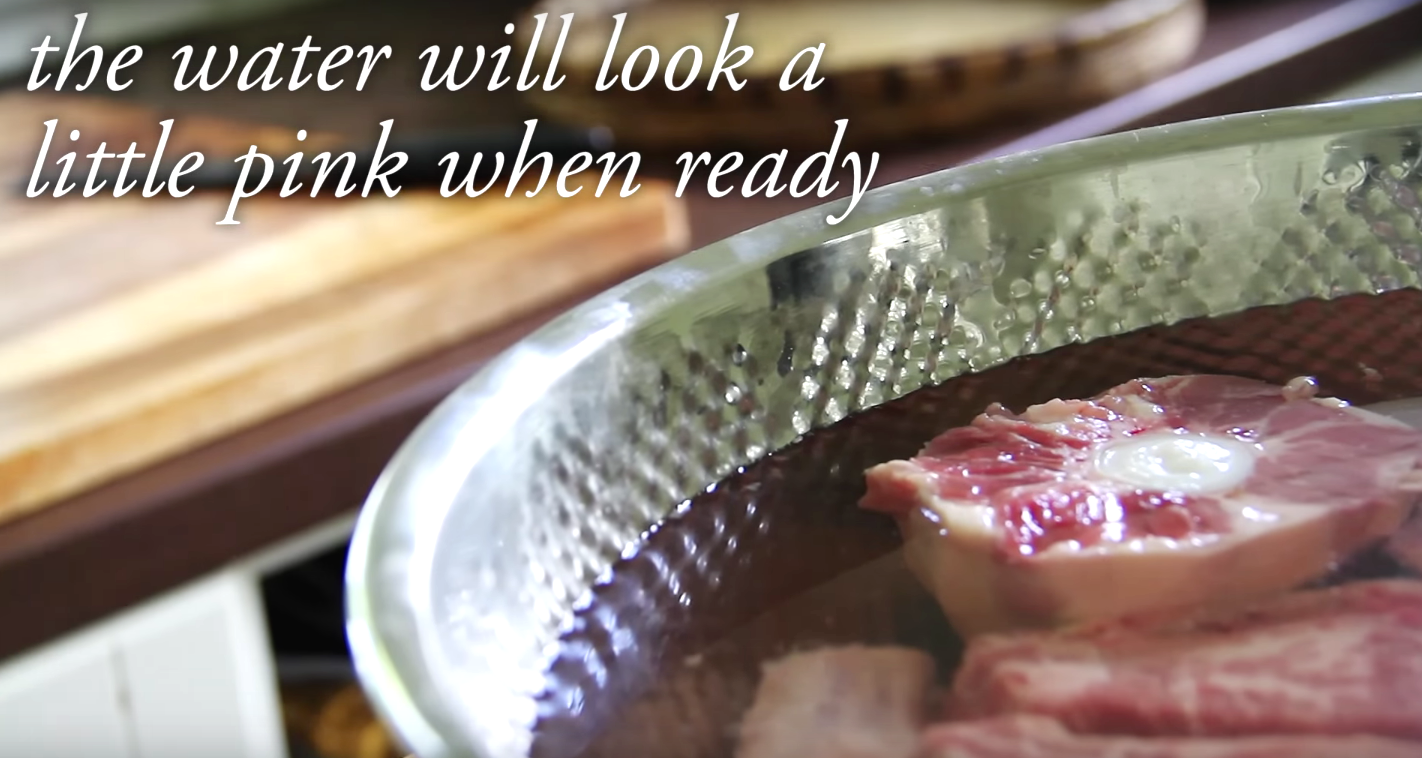 Boil the meat and bones for 10 min to clean and remove impurities, then strain.

Wash each beef bone thoroughly and remove any residual bone fragments. Clean the pot too.

Put the clean ribs and oxtail back into pot and add onion, peppercorns, ginger, rice wine, fill pot with water. 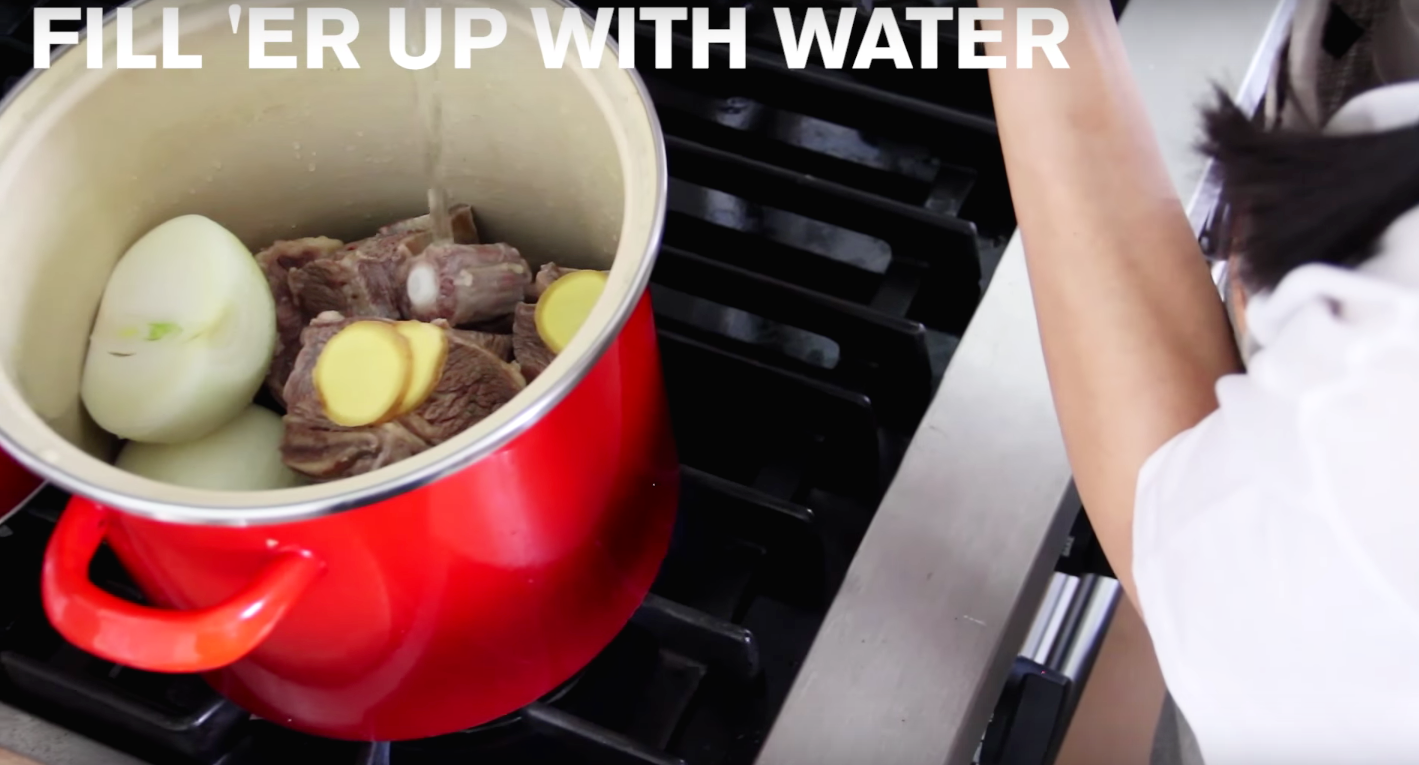 Cover and cook on high heat until boiling then reduce to low.

Before serving, strain the broth or skim the natural oils off the top. Optional: top with cilantro and scallions. 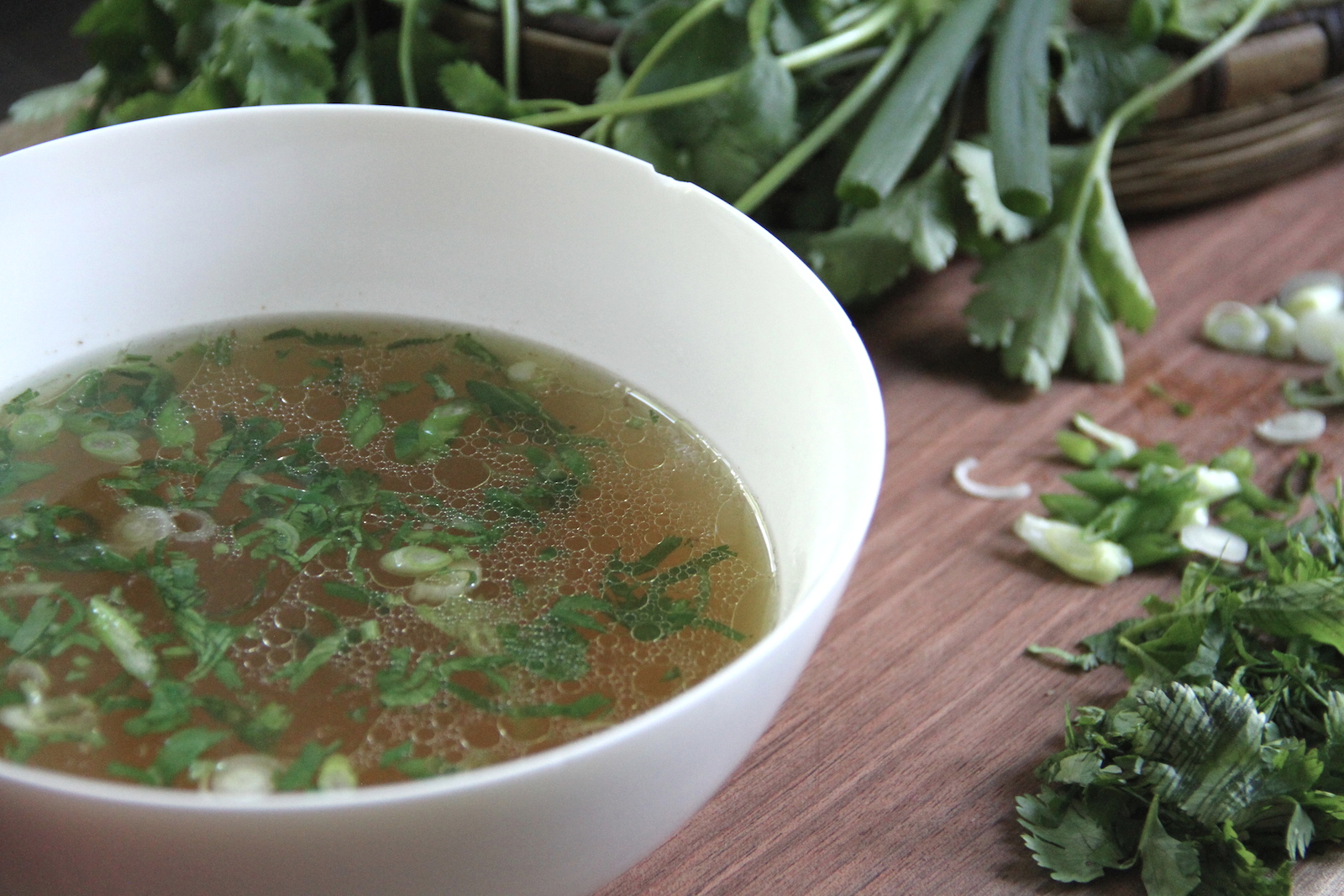